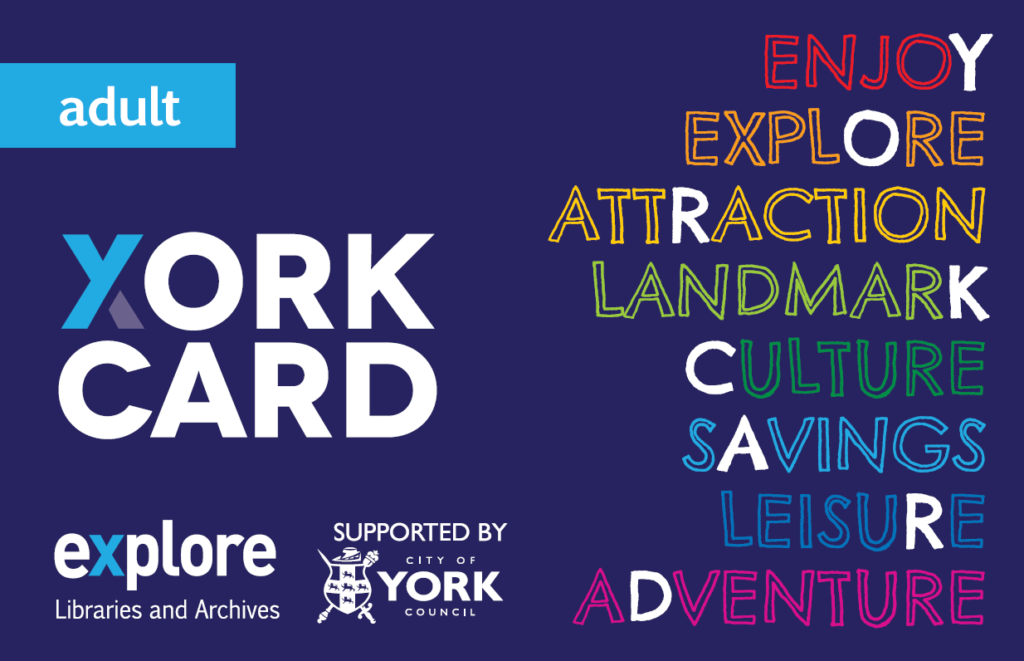 Where Can You Save?

The York Card gives you discounts at a range of attractions and facilities across York. Take a look below to see where you could save:

Explore York Libraries and Archives Mutual Limited registered in England and Wales under the Co-operative and Community Benefit Societies Act 2014, registered no IP032357. Explore is a not-for-profit organisation recognised as charitable by HMRC for tax purposes.

Explore York Libraries and Archives Mutual Limited registered in England and Wales under the Co-operative and Community Benefit Societies Act 2014, registered no IP032357. Explore is a not-for-profit organisation recognised as charitable by HMRC for tax purposes. 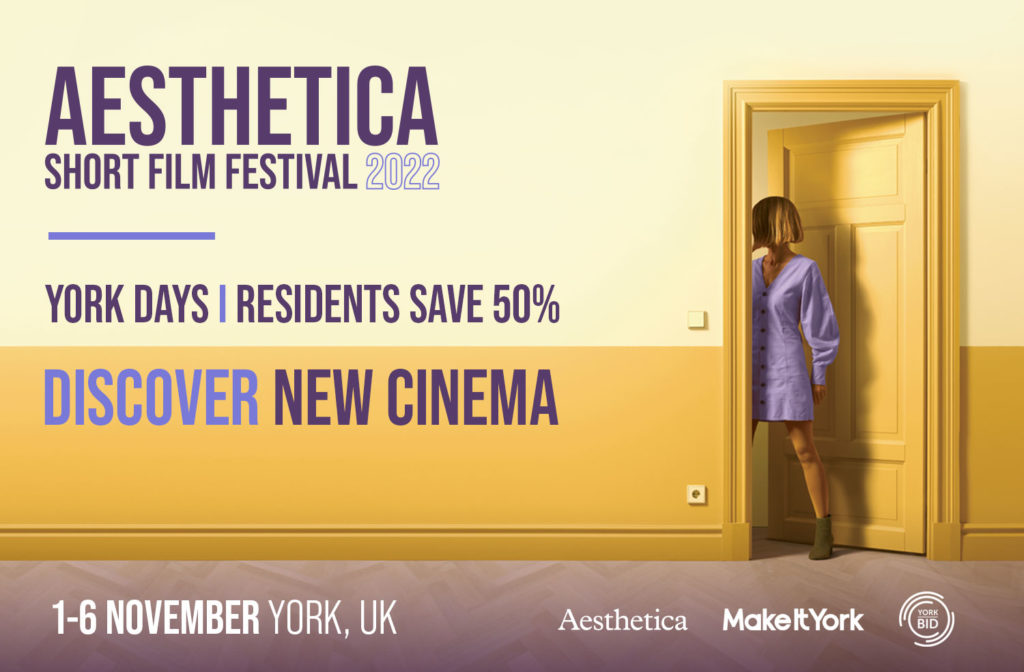 Do you love film? Have you ever watched a really good film and want to tell everyone about it?

We believe that film is for everyone. Now you can join in York’s very own film festival, which takes place every November. There are over 400 films to choose from, and for the past 12 years Aesthetica has welcomed international audiences to York – connecting communities from across the world to share in the enjoyment of independent film.

Each year, we transform York into a cinematic playground, using our beautiful city to showcase the world’s best film. The festival is BAFTA-Qualifying and acts as a platform for the very best new directors and films to reach audiences. York is the place where the filmmakers of the future are discovered. As a city, we play a major role in supporting new talent.

You can see laugh-out-loud comedies, award-winning dramas, thrillers, animation, family friendly and documentaries. The film festival is a window to the world, where you can engage with global stories.

This year we are launching a new way for you to get involved. It’s called York Days. This is your opportunity to attend the festival, soak up as many films as you can, and join in our award-winning masterclasses and workshops. We are also running workshops for children on filmmaking alongside practical sessions where you can learn how to make films on your phone.

This film festival is for you, and we want you to join in with your friends and family.

Can You Escape? is a fast and fun escape room experience for 2-17 people in York. You and your team will be locked in a room and the countdown will begin. Can you beat the clock?

Get 20% off a game with the York Card 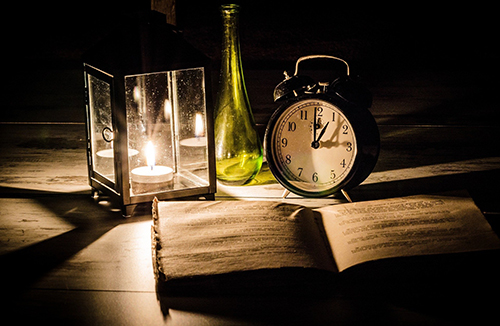 Please visit the Can You Escape? website, choose your mission and preferred date and time. Use the code XYORK20 to get your discount. You can also book by calling 01904 230494. Please bring your York Card to your game.

Explore the history of York’s city walls and the part that this important gateway to the city played in those stories. 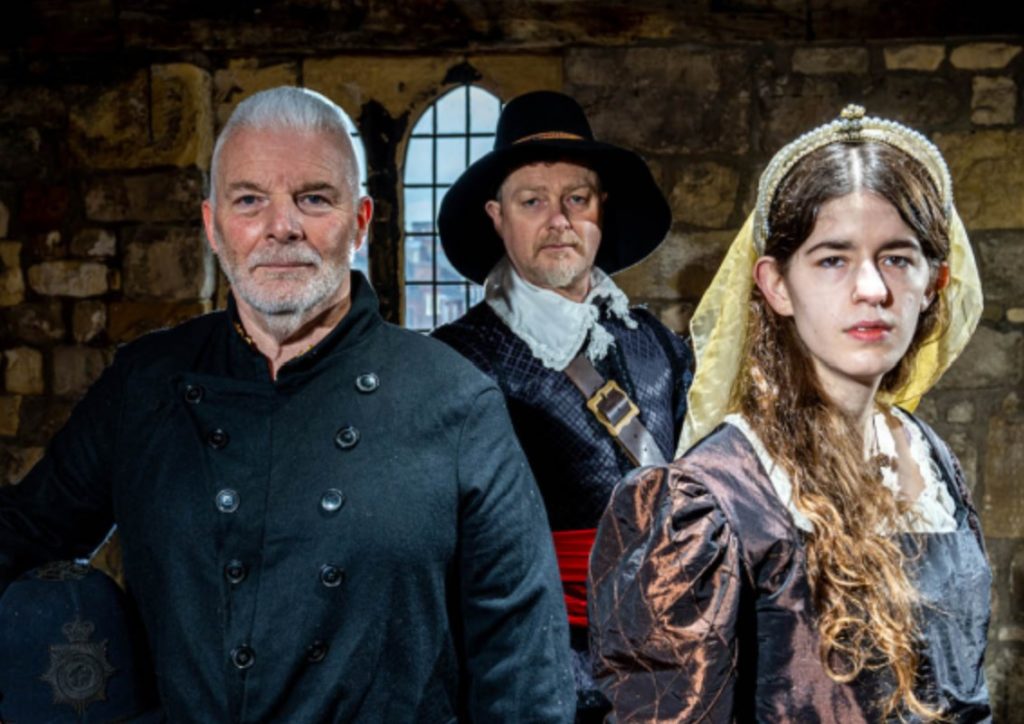 All visits to Micklegate Bar must be pre-booked online. Please visit the Jorvik Group website, choose the date and time of your visit and scroll down to the 20% off tickets under ticket options to select your tickets.

One of England’s finest Georgian townhouses – let Fairfax House transport you to the glory days of city-living in eighteenth century York.

Get 20% off normal ticket rate with the York Card 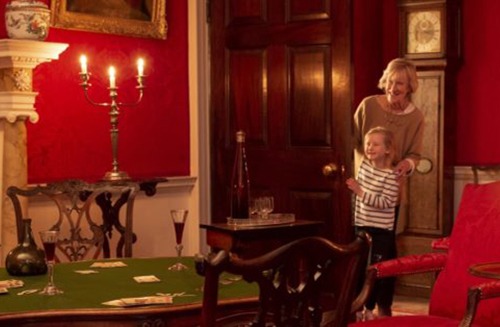 Explore York Libraries and Archives hold regular events including Meet the Author events, talks and workshops. Follow the link below to find out about the events they have coming up.

Get discounted entry with the York Card 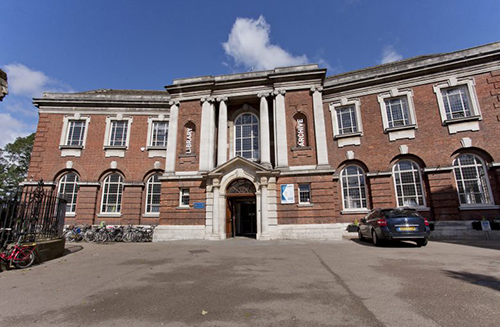 Departing daily from central York, Mountain Goat guided tours allow you to explore the best of Yorkshire without the hassle of driving. The full day and half day guided tours cover the must-see places in Yorkshire including its two National Parks, The Yorkshire Dales and the North York Moors.

Get 20% off tours with the York Card 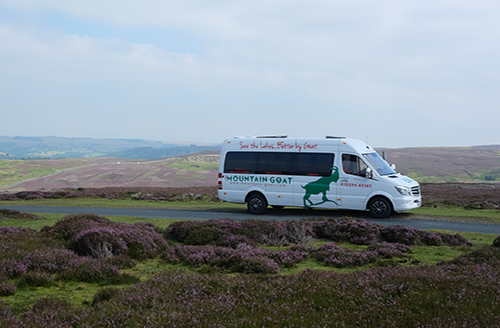 To book visit the Mountain Goat website and select the tour you’d like. Choose the date and number of people required. To receive the 20% off add the code Yorkcard20 to the discount code section.

The York Army Museum tells the stories of British Army soldiers from 1685 to the present day. The museum is home to some of the most important regimental collections in the UK and brings all of this history to life through a modern, interactive new permanent exhibition, and imaginative and engaging events and activities. 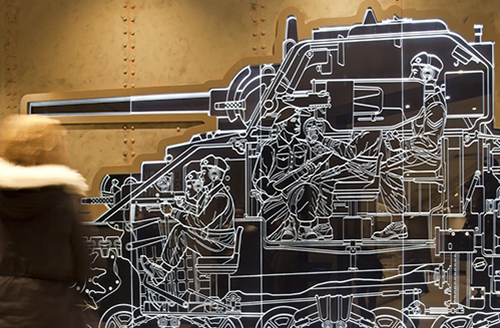 York Minster is one of the world’s most magnificent cathedrals. The Minster was built for the glory of God. Every aspect of this ancient building – from the exquisite, handcrafted stone through to the unrivalled collection of medieval stained glass – tells the story of Jesus Christ. Discover this sacred place and the love of God at its heart, which has attracted people from across the globe for more than 1000 years.

Get free admission with the York Card 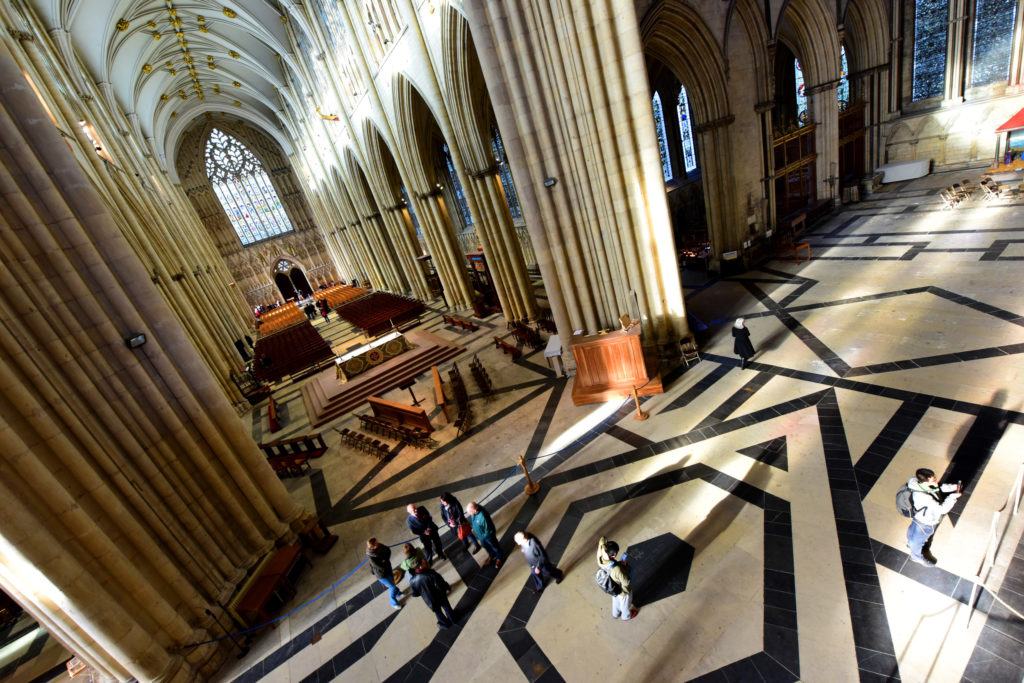 Although entry is free, you are still required to book a timed entry slot. Please visit the York Minster website to book.

Discover an inspiring, interactive experience and walk through the story of York’s past and present at Mansion House. Housing the city’s incredible civic treasures, and unique gold and silver collections, the dramatic interiors take the visitor on a journey from the grandeur of the State Room, to life below stairs in the restored Georgian kitchen. 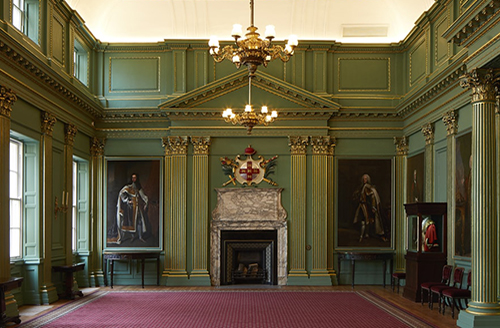 Please visit the Mansion House website to book your time slot and pay on the door when you arrive. Present your York Card to receive your discount.

The Visit York Visitor Information Centre is based in the heart of the city, not far from the iconic York Minster. Get expert local knowledge on attractions, travel information, places to eat, shops and events. They have a fantastic shop selling York merchandise, maps and gifts.

Get 10% off merchandise with the York Card 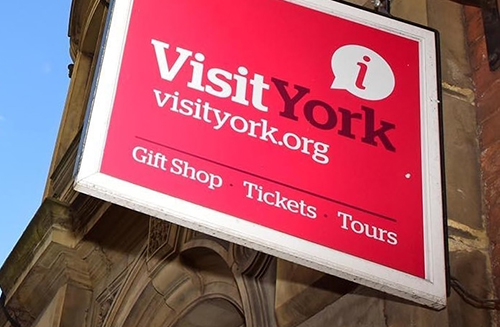 Discover the secrets of the Middle Ages at Barley Hall – a stunning medieval town house that was once home to the Priors of Nostell and a Lord Mayor of York. 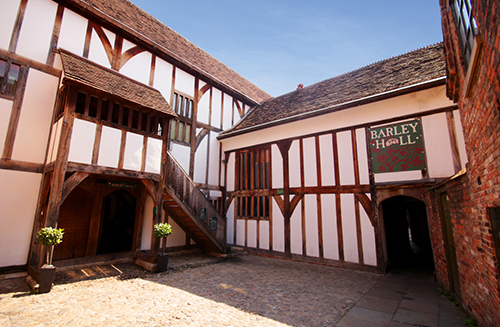 All visits to Barley Hall must be pre-booked online. Please visit the Barley Hall website, scroll down to the 20% off tickets under ticket options, select your tickets and then choose the date and timeslot for your visit.

Escape the city rush and enjoy York from a different perspective whilst City Cruise’s friendly and knowledgeable team guide you leisurely up and downstream on an entertaining and informative cruise on the River Ouse.

10% discount with the York Card. 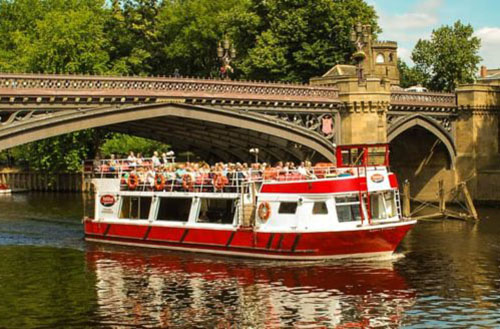 Please book online and use the code XYork10 at checkout. Then please bring your York Card on the day.

DiG is a hands-on archaeological adventure giving kids the chance to become trainee ‘diggers’ and discover the most exciting artefacts from 2000 years of York’s history! With four special indoor excavation pits, all based on real-life digs in the city and filled with replica Roman, Viking, medieval and Victorian finds, children can grab a trowel and explore how people lived in these times. 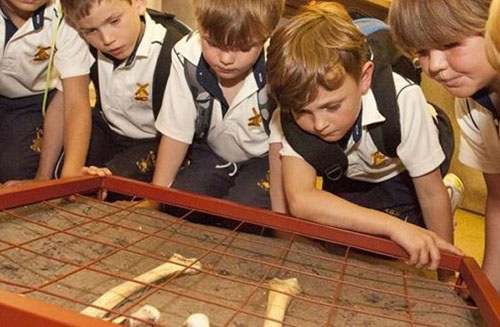 All visits to DiG must be pre-booked online. Please visit the DiG website, scroll down to the 20% off tickets under ticket options, select your tickets and then choose the date and timeslot for your visit.

Visit the world-famous JORVIK Viking Centre and take a journey through the reconstruction of Viking-age streets and experience life as it would have been in 10th century York at this groundbreaking visitor experience. 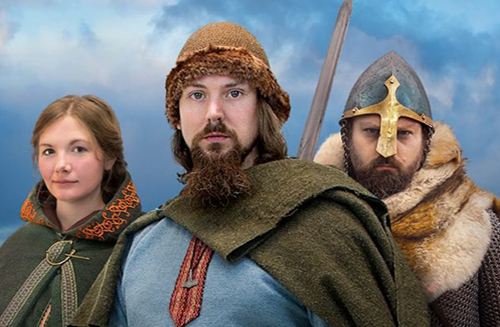 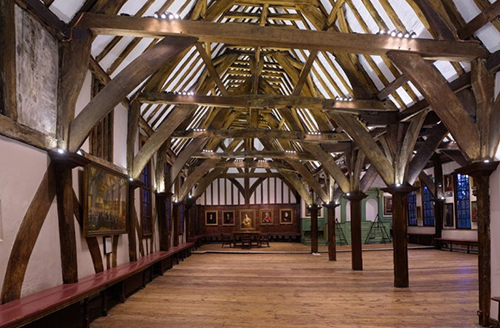 One of the City’s oldest attractions, step underground to see the remains of Roman York or Eboracum as it was then known. Discover what life was like for the soldiers who lived and worked here and why a visit to the Baths was so important! 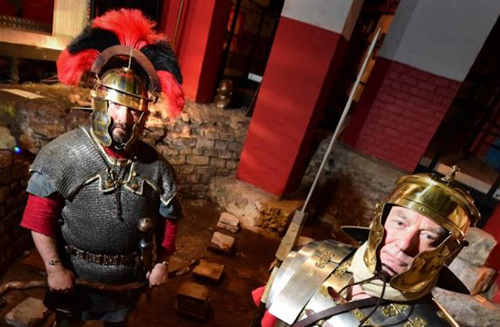 Journey through the history of chocolate from the rainforests of central America where ancient tribes discovered the power of the cocoa bean to the history of some of York’s most iconic chocolate brands as well as creating your own hand-made chocolates at York’s Chocolate Story.

Get 20% discount on a Sunday with the York Card 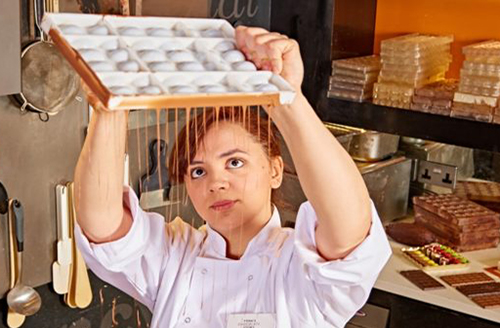 The York Museums Trust manage the York Art Gallery with it’s collection of paintings that spans more than 600 years, the award-winning York Castle Museum with exhibitions that transport visitors back in time, and the Yorkshire Museum which houses galleries showcasing some of Britain’s finest archaeological treasures from the York’s Roman, Viking and medieval past.

York Art Gallery - free entry to the permanent collection galleries for adults and children. Special exhibitions adults discounted admission and for children free or discounted entry depending on the exhibition. 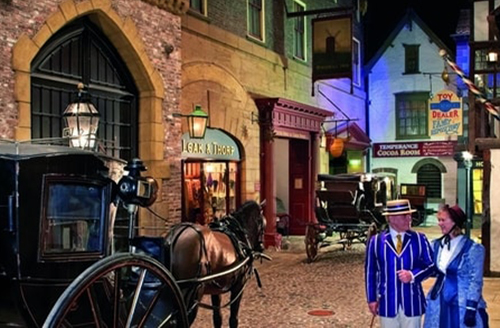 Please call 01904 687687 to book your visit to the York Art Gallery, York Castle Museum. or The Yorkshire Museum. 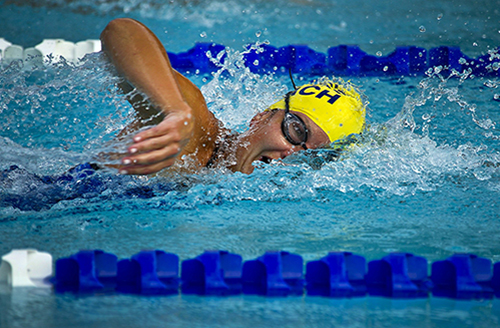